It was previously considered unlikely to restore skin to the previous young state. Today, modern women have at their usage a huge number of opportunities to improve their skin condition. One of the solutions to the fight against skin problems is photorejuvenation. This wonderful method of rejuvenation became known several years ago. Among all existing methods of healing and skin rejuvenation, photorejuvenation is the most effective and promising. As a result of the procedure, 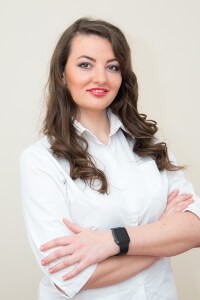 As a result of the procedure, the skin structure is renewed, the pores are narrowed, small vascular networks leave, and the skin becomes fresh and smooth. As a method of correcting age-related changes in the face, photorejuvenation of the face has a therapeutic effect. Using this method, you can permanently get rid of photoaging, rosacea, dilated capillaries, and age spots. No other method is able to provide such a result.Photorejuvenation can be carried out not only on the face but also on the neck, arms, and neckline. The advantage of this revolutionary method over other methods is that it has no side effects.

Features of the procedure

The procedure is a method of exposing the skin to light. This procedure is carried out using a modern laser device – Synchro FT. The clinic of cosmetology and medicine Gold Laser uses the latest model of this device made in 2018. Being the most powerful and effective device not only for photorejuvenation but also for photoepilation, the Synchro FT device shows the result after just a few procedures.Before starting the procedure, the doctor applies a special cooling gel to the desired area, after which proceeds to the skin treatment. During the procedure, which lasts about 40 minutes, a slight tingling sensation is felt. At the end of the procedure, in some cases, redness appears on the skin, which disappears after 1.5 – 2 hours. The course of treatment consists of 3 to 5 sessions. A prerequisite is a compliance with a break between sessions of 1 to 4 weeks (depending on the procedure and the desired result).

Photorejuvenation is contraindicated in people: Unlike other methods, photorejuvenation is suitable for almost all patients who are facing skin problems. Contacting the Gold laser clinic in Kyiv, an individual program will be compiled for you, with respect to all the wishes. Reasonable price and highly qualified doctors will help you get rid of skin problems once and for all. Rejuvenation technology is 21st-century technology.
0 - 0 отзывов
Записаться к врачу
×
Cпасибо