Photoepilation is a modern method of hair removal from any part of the body. Its principle is based on the use of high-pulse flashes of light. During the procedure, by heating the melanin pigment, a large amount of thermal energy is released, which completely destroys the hair follicle.

How the photoepilation procedure goes

Before the procedure, a special cooling gel is applied to the skin. It prevents the occurrence of pain and improves the penetration of light on the epilated areas of the body. All that the patient feels is the movement of the manipulator on the surface of the skin.The duration of the procedure depends on the zone, for example, armpits take 3-5 minutes. After the session, the gel is carefully removed and soothing cream is applied, which helps to quickly restore the dermis. Re-appointment with a cosmetologist should be in 3-4 weeks.

The difference between photoepilation and laser hair removal

Compared to laser hair removal, photoepilation gives a less visible effect in the initial stages but allows you to get a more lasting result at the end of the full course. It has a more gentle effect on the skin, which reduces the risk of burns and other undesirable effects. Laser hair removal usually costs a little more.

Advantages and disadvantages of photoepilation

The advantages of the method include: Among the cons is that photoepilation is not effective on light and gray hair.

What areas is photoepilation suitable for?

Both men and women can carry out hair removal by photoepilation. The procedure is possible on any part of the body, including: In addition, this method allows you to completely get rid of pubic hair and forget about such an unpleasant problem as the antennae above the upper lip.

Before you go to the clinic, check if you have any contraindications to the procedure. Photoepilation is not performed when:

How to prepare for the procedure 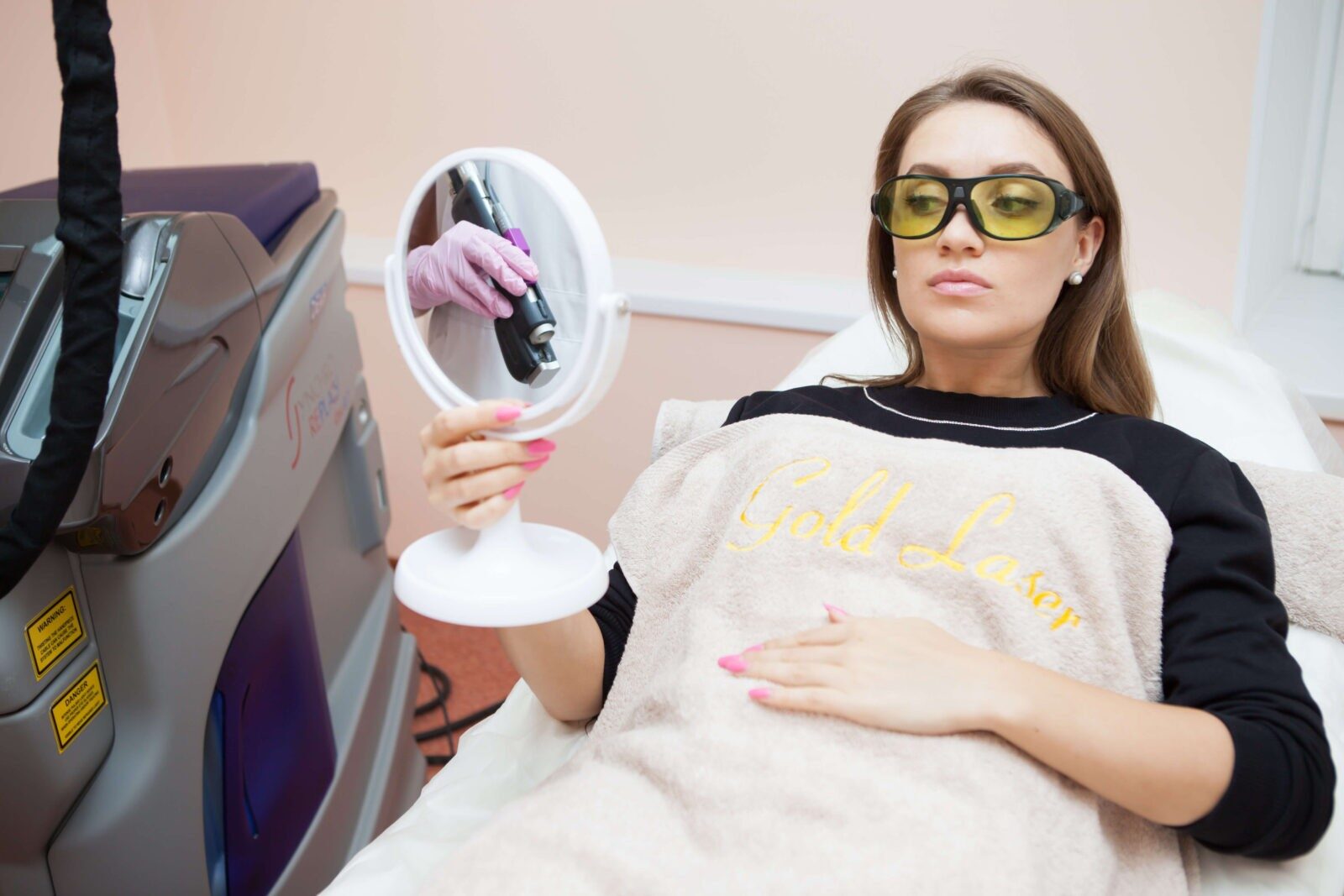 No special training is required. It is important not to use other methods of hair removal during the month, except for shaving, and less to be in the open sun.The only mandatory requirement is that at the time of removal, the hair length in the epilated area should be about 2 mm.

How many procedures are needed and how long does the result last?

To achieve maximum effect, it is necessary to conduct 5-6 procedures with an interval of 1 month. The exact number of sessions will be determined by a specialist at the initial examination. After completing the full course, the result lasts from 6 months to 6 years.In the capital of Ukraine, the city of Kyiv, the Gold Laser Clinic of cosmetology and surgery will help to perform photoepilation with high quality and inexpensive. We offer a high level of service. In addition, our specialists work only on modern equipment, which increases the effectiveness of the method and reduces possible side effects.The cost of photoepilation in the clinic of cosmetology and medicine Gold laser is fully consistent with the quality and result of our work.

Prices for photoepilation in Kiev