Face bio-reinforcement is one of the latest achievements in cosmetology to combat age-related skin changes. The method is relatively new, which allows you to eliminate gravitational ptosis (natural sagging of facial tissues) in a short period of time – in just one procedure. How this method came: gold and platinum threads, reinforcing with gels based on polylactic acid, polycapronolactone, and absorbable and non-absorbable threads were used as material, but only a few of them were widely used.Today, a new generation of mesothreads has appeared, which are made from natural materials and have full biological compatibility with facial skin. They consist of polydioxanone, absorbable within 200 days, suture material, which has high strength and, as a result of the action, triggers the production of its own collagen and elastin. Due to this, after complete resorption of the threads, the lifting effect lasts about 2 years.

The technique of face bio-reinforcement 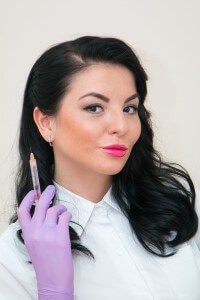 The mesothread itself consists of a needle with which an injection is made and a thread that is attached to the sharp end of the needle. After the mesothread is inserted under the skin, with one movement of the hand it is easily separated from the needle, which is removed, and the thread remains. The threads are sterile, each in its own packaging, which is opened immediately before use.Conductor needles are made of a special material that gives the needle flexibility and provides high-quality face reconstruction.

The main advantage of mesothreads is their stability, due to which the threads do not break and do not bend, yet stayed exactly where the doctor placed them. Also among the advantages are the following:

Indications and contraindications for the use of mesothreads

Indications for use have a fairly wide range, which has developed thanks to unique technology and a high degree of effectiveness of the procedure: The use of mesothreads is contraindicated in: 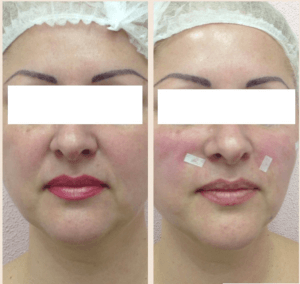 Using mesothreads makes it possible to carry out precisely directed or so-called “vector” lifting, as well as to conduct face modeling in 3D mode. Face bio-reinforcement allows the use of contouring at the same time and eliminates the most minor facial defects.After the installation of mesothreads, ozone therapy, mesotherapy and facial skin peeling are allowed. All these procedures also enhance the synthesis of collagen and elastin.After bio-reinforcing, the effect of face lifting is immediately noticeable and increases every day. This method can be applied not only to the skin of the face but also to other problem areas of the body – the abdomen, hips, buttocks, etc.